This Veterans Day, thank a soldier or veteran for the service and sacrifice they made for us. Many are living in tents by the river and are in wheelchairs looking for jobs, begging for money to make a living. They have been put in these situations by being diagnosed with PTSD aka post traumatic stress disorder. My grandfather Donald C Reath was in the Coast Guard. He sounded like an amazing man from the stories my mama told me. A good ole boy from Texas.

My other Grandfather is Captain David Mackenroth from the USMC. He has been a really big inspiration to me. He has encouraged me in whatever I wanted to do, so naturally, I chose to go to law school. Like he did. He did boxing and taught jui jitsu in the Marines.

Many others in my family and my wife’s family serving in the military right now and a few have partaken in some dangerous ops. My family is a military family, so I’m aware of the cost and sacrifice. One of my best friends I grew up with went to Iraq as a corpsman for the Navy. I didn’t get the opportunity to serve due to my hearing loss, but God had a reason for that. It was so I could be my wife’s husband and my sons’ father. However, I will always respect and support our military because that is why we are free. 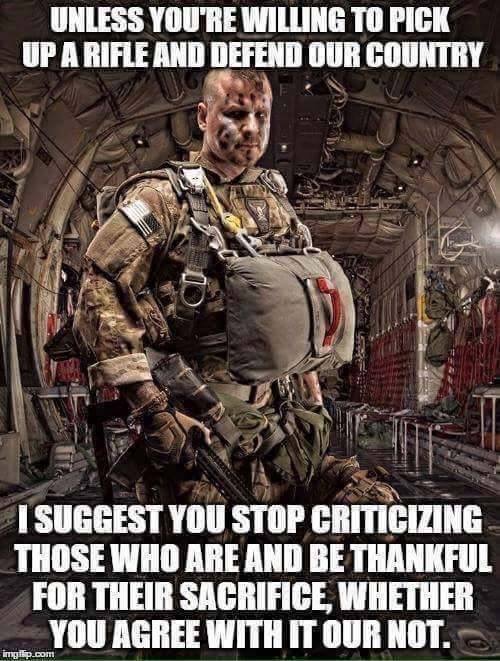 The military is what keeps enemies like Isis and North Korea at bay. Moreover, the fact we have the second amendment keeps the world from attacking us on our soil, because we will fight back. I’ll defend my wife and sons safety to the death if anyone breaks into my home. They’ll be leaving in a coroners van or an ambulance because of my hot Texas temper. My fighting skills come unhinged when my family is in danger.