You are here: Home / Christian Life / The True Meaning of Christmas

What does Christmas mean to you? Presents? Trees adorned with ornaments? Egg Nog by the fire wearing an ugly sweater? Well y’all should know the reason for the season. Yes I’m going to get politically incorrect, and talk about the Lord and Savior Jesus Christ. He was born Christmas Day to come and give us new life in Heaven. Born in a manger, which is more or less a pig trough, to live a perfect life, and die an ugly death for  us to join Him in Heaven. The Holiest of Holy.

He was born in the regime of King Herod, during which time, the Roman Empire occupied the Holy Land of Jerusalem. Three wise men had visited King Herod asking the whereabouts of Baby Jesus so they could worship Him. King Herod was not happy of the possibility of another king usurping his rule. Little did Herod realize that Jesus was the King of Kings. Herod sent soldiers to find and kill every baby boy within two years old so that Jesus could not unseat him. Mary and Joseph fled to Egypt and returned later, but not before being visited by the Wise men who had followed the star of Bethlehem, hence the meaning of the star tree topper that many people use today. The presents under the tree represent the gifts the wise men had brought, frankincense, gold, and myrrh.

A lot of atheists think we Christians borrowed, or rather stole, the story of Jesus from Pagans. Nothing could be further from the truth. We see evidence of Gods love all around us. Christmas is the celebration of the Savior’s arrival on earth in the most humble fashion. in John 3:17, it says that He did not come to condemn the world, but to save the world. What better time to share the awesome news of Christ coming to us in human form?

We get peace of mind when we surrender ourselves to God, as Philippians 4:6,7 says, “Don’t worry about anything, Instead pray about everything. Tell God what you need and thank Him for all He has done.. Then you will experience Gods peace, which exceeds anything we can comprehend. His peace and love will guard your hearts and minds as we live in Christ. It’s our job as Christians to share the good news of His arrival. All this Santa Claus and Reindeer stuff is just a worldly attempt to lose focus on the Savior. 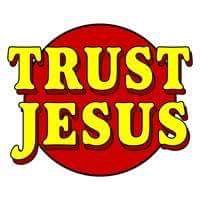